With the increasing popularity of cars, the use of automotive electronic sensors is more and more. How does an oscilloscope measure these sensors on the car? Let's use OWON virtual oscilloscope to see how to use it.

Prepare a notebook computer and an OWON VDS2064 digital oscilloscope, open the computer, install the PC software, connect the wire, and start to test the magnetoelectric crankshaft position sensor.

The magnetoelectric crankshaft position sensor can generate its own signal without additional power supply. When the metal wheel rotates, the magnetic field changes, and the voltage generated in the circuit changes. When the magnetoelectric crankshaft sensor works, the amplitude is not exactly the same. When the speed increases, the amplitude increases. At the same time, it also reflects the difference between the four stages of engine operation, namely, intake, compression, work, and exhaust. Therefore, measuring the waveform of a crankshaft sensor with an oscilloscope can completely reflect whether the mechanical operation is normal. Here is an example.

This is the waveform of a Weichai WP7 Zoomlion crane engine three months after overhaul. The engine can not be accelerated to 1900 rpm. As long as the engine pressure relief valve is opened at 1900 rpm, the engine turns to 1500 rpm. No further maintenance was carried out at that time.

Four months later, the highest speed of the engine is only 1500 rpm. The waveform measured by OWON VDS2064 virtual oscilloscope is as follows. We find that the amplitude difference of waveform is further enlarged.

Check the signal panel to see if there is any abnormality. It is determined that the engine crankshaft moves forward and backward or up and down. Pry the front belt pulley of the crankshaft with a flat crowbar, and the movement clearance is very small, so it is found that the crankshaft has been "holding the Bush". As a result, the upper and lower runout of the crankshaft is too large. Sometimes it is not necessary to detect the primary and secondary waveforms of ignition to indirectly judge the misfire of a certain cylinder. Assuming that a certain cylinder does not work, it may not do work when the cylinder is supposed to do work, resulting in the decrease of crankshaft speed. This can be reflected in the waveform of the crankshaft position sensor.

In the circuit diagram, the two terminals of the magnetoelectric crankshaft position sensor are different. For ECU, these two terminals cannot be connected in reverse.

The figure below is the Great Wall pickup Fengjun 6 country 5 model. The crankshaft sensor uses an oscilloscope to measure the normal waveform and the waveform after the terminal is reversely connected.

Using OWON VDS2064 PC virtual oscilloscope to measure the waveform, the details of the waveform can be clearly seen through the computer screen, which is convenient for analysis. It is a good helper for the automobile maintenance personnel. 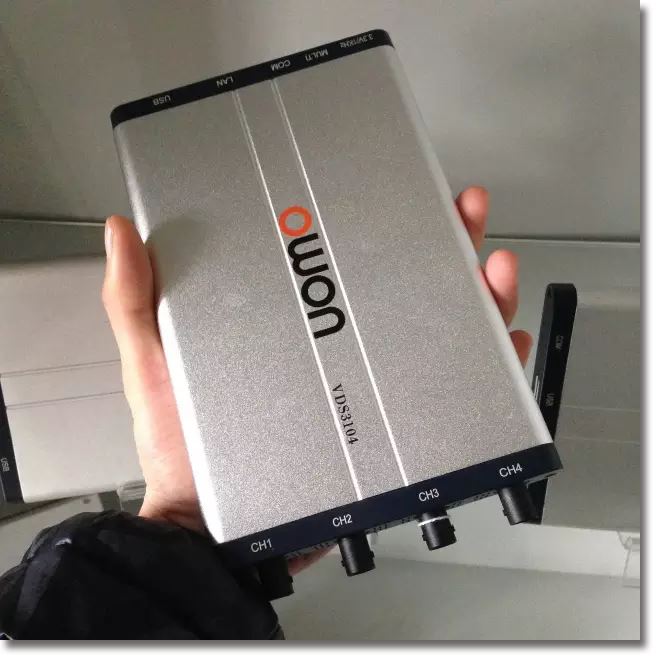